Technology and learning for a society in transition

Faced with rapid social and economic change, what will vocational education look like for employers, learners and institutions in 2030? Led by the RSA.

The Royal Society for Arts, Manufactures and Commerce (RSA) and the Ufi VocTech Trust come together to discuss how technology and vocational learning can be transformed by the year 2030.

With a focus on place, the economy and the environment, the session featured a range of speakers representing organisations at the cutting edge of technology and vocational education, discussing what they think learning skills for work will look like in 2030. 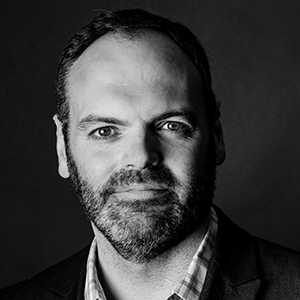 Anthony leads the RSA’s Research and Impact team, overseeing their research, policy, publications and practical innovation. Anthony is an award winning policy and social innovator. He leads the RSA’s social change work covering economic security, future of work, education, lifelong learning, local democracy and regenerative futures. He has been a leading voice, writer and presenter on the RSA’s platforms for almost a decade.

Rebecca leads the Ufi VocTech Trust to deliver their vision of a world where vocational skills are celebrated and valued by all and where development of those skills is made possible by the best technology solutions.

Aftab has over 25 years of experience of managing learning technology within the education sector. He currently serves as the ILT and LRC Manager at Bolton College. The College has a proven reputation in the use of learning analytics, adaptive learning and conversational services. Ada, the College’s digital assistant is representative of an emerging suite of cognitive services that are redefining how students, teachers and support teams access day-to-day services at Bolton College.

Priya Lakhani OBE is the Founder CEO of CENTURY Tech, the award-winning artificial intelligence education technology company. CENTURY is the global leader in AI-powered learning tools for schools and families, working in dozens of countries across the world.

CENTURY’s mission is to help teachers across the world to remove learning roadblocks so that every student can succeed. CENTURY’s scalable technology creates a constantly adapting personalised learning path for every student across any curriculum. It provides teachers with real-time rich data insights to make effective targeted interventions.

Priya was awarded Business Entrepreneur of the Year by the Chancellor in 2009 and Officer of the Order of the British Empire in 2014. She was a business advisor to the UK’s coalition government, was appointed to the UK government’s AI Council in 2019 and is a regular commentator on global news for the BBC.

In 2018, Priya co-founded the Institute for Ethical AI in Education. In 2018, CENTURY won a prestigious MIT SOLVE (Education) award, and in 2019, Priya was named Economic Innovator of the Year by The Spectator. In 2020, she was awarded an honorary doctorate by Coventry University’s engineering faculty and appointed Honorary Vice President of the Council of British International Schools.

Joe is currently Head of Digital Skills and Acting Director of the Learning and Teaching Academy at City of Glasgow College.

Joe’s work focuses on College and work-based education and its structures and practices. He is currently Co-Chair of the ALT (Association of Learning Technology) Special Interest Group in Scotland, an SCQF Evaluator, a consultant for the British Council and has served as a domain expert in UNESCO consultations around open educational practice.

We are the RSA. The royal society for arts, manufactures and commerce.
We’re committed to a future that works for everyone. A future where we can all participate in its creation.

Return to the programme